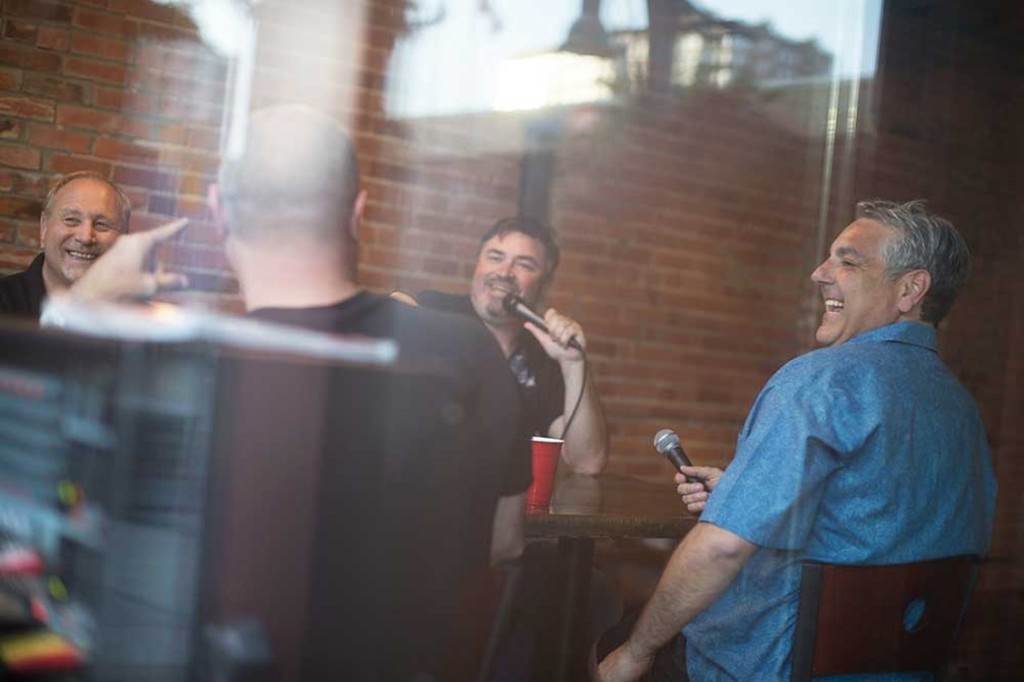 Windsor has lost one of its most energetic advocates with the sudden passing of local businessman, entrepreneur, and downtown booster Mark Boscariol.

Known throughout the city as a restaurateur and property owner, Boscariol unexpectedly died early Thursday at the age of 51.

The suspected cause of death was a heart attack.

Within minutes of confirmation of Boscariol’s passing, members of the community took to social media and each other to express their shock and grief.

Vincent Georgie, executive director of the Windsor International Film Festival, also needed to compose himself before paying tribute to Boscariol — who was one of WIFF’s founders.

“For me, Mark was the King of Downtown Windsor,” Georgie said. “He has done a tremendous amount for the community.”

“This is not hyperbole. His energy was endless. Mark was magic,” Georgie said. “It’s a great loss.”

Boscariol’s property at 255 Ouellette Ave. has been home to several restaurants, cafes, and bars over the years —  and is now currently the site of his Downtown Pizza Company, cannabis lounge Higher Limits, and tech exploration space Windsor Hackforge.

Boscariol was also the owner of Snackbar-B-Q on Chatham Street East and Walkerville’s Good Neighbour restaurant (formerly The Willistead).

Previous businesses in which Boscariol had a hand include Chanoso’s, Oishii, Buda, The Flying Monkey, Tecumseh Roadhouse, Bedroom Depot, and Walkermole.

“Did you know what the actual impetus was for Walkermole? It was the play on words,” Georgie recalled fondly. “He said to me, ‘Get it? It’ll be Mexican (food) in Walkerville. Walkermole!’ And he went with it.”

“That was Mark. He made it happen. There was a Tasmanian Devil quality to him.”

The community and its politics were a deep passion for Boscariol. He was a frequent commenter on the issues of the city and the region, and was never shy about becoming personally involved.

Earlier this month, when Bike Windsor Essex lost their downtown location, Boscariol — in a characteristic move — stepped in to arrange the bicycle advocacy group a new home at his property on Chatham Street East.

“I’m doing the things that I hope our next municipal government does,” Boscariol said at the time.

Lori Newton, executive director of Bike Windsor Essex, said she will always remember that Boscariol “threw us a lifeline when we were in trouble.”

“(His death) leaves a big hole in the city. There’s no question about it,” Newton said. “We’re all going to miss him terribly. I just can’t even imagine the city without him.”

Boscariol was part of the panel of Rose City Politics — a podcast on Windsor-Essex municipal issues. He was with the group on Wednesday night to record their most recent episode.

“Mark gave everything to Rose City Politics; bringing incredible insight, knowledge, and energy to every episode. He made Windsor a better place,” the group tweeted on Thursday.

“We will miss arguing, philosophizing, sharing stories, and dreaming of a better Windsor with Mark. Most of all, we will miss Mark.”

Ward 3 Coun. Rino Bortolin, who was a guest on the podcast on Wednesday, said the list of Boscariol’s contributions to Windsor is extraordinarily long — but Bortolin’s favourite example happened last fall, when Boscariol agreed to help fund the Little Things Matter program by soliciting donations from customers of his eateries.

The program — which the municipality had cut from its planning — encourages residents to make modest improvements to their properties by providing matching grants of up to $1,000 for small projects such as painting and home repair.

Along with mustering private donations, Boscariol put information about the program on the menus at the Downtown Pizza Company.

“And there are probably a thousand stories like that … Always with the good of the community at the heart of them.”

“He was Mister Windsor, in so many ways. WIFF. The busker festival he brought back. The Walkerville Night Market,” Synnott reminisced.

“My own business — WE Speak studio — It only happened because of Mark. He gave me some assistance to get the business going. And he did that for so many other people.”

Jim Renaud, chef and co-owner of the Downtown Pizza Company, posted on Facebook that he was devastated by the news.

“Don’t even know what to say or do right now,” Renaud wrote. “You were a great friend, probably my best friend, and a great partner in crime … I will do my best to keep your legacy going.”

Boscariol is survived by his wife and his son.

Funeral arrangements were still being made at press time.

Bortolin joined a gathering at Snackbar-B-Q on Thursday to raise a glass or two in honour of Boscariol.

Bortolin said he expects there will be more organized efforts to memorialize Boscariol in the days and weeks to come. “Everybody is still processing. I think there will be lots of ideas bantered about. It will be hard to give him a fitting tribute.”

Georgie said he believes Boscariol will continue to influence and inspire Windsorites to have a stake in their city.

“It’s still fresh, but I think this will only compel so many people — who have been positively impacted by Mark — to keep doing great things.”